Over the years we have grown an excellent reputation amongst English run chalet companies and customers traveling to this part of the world.

We truly take pride in our work and offer an exceptional service. One of the reasons we do not offer cut price/cheap transfers. There are cheaper options out there. Our service, especially when weather and flight changes get tricky, really stands out. See our reviews online for confirmation.

Our fleet of vehicles are brand new and routinely checked by both the driver and headquarters. Each is thoroughly cleaned after each transfer, ready for the next group.

We never overwork our drivers and they are paid a good wage with bonuses - meaning each one is committed to their work and enjoy their role with us.

Mountain Rescue WILL wait for a customer stuck on a plane. We WILL send drivers out to collect you at 4am. We WILL take a punt on that road that ‘could’ be closed due to weather.”

Mountain Rescue is everything to Simon and Simone. It is our business, our baby and our livelihood.

We are passionate, professional and committed from airport to resort.

Born entrepreneur Simon Wilkinson is founder and owner of Mountain Rescue Airport Transfers. He gives us an insight to his background and how he started this successful transfer company in the French Alps.

“I was born in Sussex UK in a coastal town in the southeast called Eastbourne but grew up in the Hertfordshire and Essex counties.

I left after I took my GCSEs and studied photography and design at college. It was a competitive sector and for some time I floated between jobs.

Doomed in the design world, I started working in the distribution and warehouse department of a large, Dutch owned garden centre in Hertfordshire called Van Hages. This was my first experience with logistics.

Finding the Passion for Snow

Back in 1999 I went snowboarding for the very first time. We went to Méribel - a ski resort in The Three Valleys.

Even though I came home with concussion, I knew then that I had to go back to the mountains (with a helmet) - for much longer.

I was totally in love with snowboarding and the snowy white playground.

On my return to the UK I asked Van Hages if I could have the next winter off and thankfully they said yes.

I had no cooking experience at all, but with all my enthusiasm and immeasurable charm I was accepted for a job - working as a host in a chalet in Les Deux Alpes.

I was over the moon. I was sent to La Tania ski resort for a week of training and then on to my very own 12 person chalet in Les Deux Alpes. It was a dream come true. All I had to do was feed 12 people for 6 days a week and the rest of the time I could snowboard and party!

The snowboarding and parties went extremely well. However, it quickly became apparent that I needed to polish my cooking skills. Especially when I was given handwritten recipes from my guests titled “Different Ways to Cook Potatoes”.

Positive as ever, I thought the season was a great success!

Seasonal Work in the French Alps

Year upon year I returned to the Alps. Next time I went to Tignes, where I lived in the beautiful village of Les Brevieres for 7 winter seasons.

My snowboarding became extreme (better) and I expanded my culinary knowledge. In time I worked my way up to become manager of a chalet company.

Ever the entrepreneur (and looking to earn more), three friends and I established a successful chalet catering company called “Spoon Fed Services”.

After a few years in operation, the company was bought out by a worthy gentleman. I will always remember the sale of the business - we sealed the deal on the new owner’s stunning 90 foot yacht, whilst sailing around Greece.

My move to Peisey-Vallandry came about naturally. Several friends from Tignes had moved to Peisey and one of them offered me a job managing their chalet business. My experience and my passion paved the way once more.

It sounds very grand, being the manager of a chalet company, but I wasn’t earning much. In those days you were given a bedroom, food, a lift pass and minimal extra cash.

But as long as I was in the mountains snowboarding or skiing I was very, very happy.

The Beginning of Mountain Rescue Transfers

I started the current business as a ski company - selling ski holidays in Tignes. I provided everything - ski chalets, apartments, transfers and food.

It was in 2010 - when the volcanic ash cloud of Eyjafjallajökull in Iceland left holidaymakers stranded in the Alps - that I helped lots of people by quickly organising emergency transfers.

I realised there was a high demand for safe transportation from airports to the ski resorts as it can be such a difficult journey - even without an ash cloud.

Enter Simone, my wife and now business partner, who I originally befriended during my final season in Tignes.

I managed to catch her attention as a hot-shot chalet manager and entrepreneur (ahem) in Peisey-Vallandry, having arranged her seasonal accommodation. The rest is history.”

You will find Simone in the Mountain Rescue Transfers’ office - the multi-lingual, snowboarding, surf-dude-mother of Simon’s three children.

Here’s Simone’s story, the wind beneath the wings, of course.

“I was born in The Hague but raised in Oegsgeest until I was 6 years old.

My family moved to Greece for my father’s job, where we lived until I was 12. This is most definitely where I fell in love with the sea.

My parents wanted me and my siblings to have a Dutch education so the family returned to Holland and The Hague.

Therefore fortunate enough to be fluent in English and Dutch, I have always been able to work all around the world. I can also get by pretty well in French and I have a little bit of German too.

For one season I worked in the Swiss Alps, which is when I learnt to snowboard - I absolutely loved it.

However, I was determined to to do a bachelor's degree in marketing the next year, in the Hogeschool in Leiden, which is what I did. As a student I earned money by working in restaurants and when I finished my degree I (very briefly) worked at an event company.

During and after my degree, I travelled to Australia, South America, Asia and did an internship in Thailand in a hotel - so working in hospitality started to become part of my life.

During the 2004 Indian Ocean earthquake and tsunami which hit on the 26th December, I was there, in Thailand. It was devastating. I covered the topic in my thesis, creating my own memorial.

On my return to Europe, having done a lot of surfing whilst living in Holland and a lot overseas, I felt I was ready to train as a level 2 surf coach. So I spent a large amount of time on the west coast of France.

A Visit to the French Alps

One winter, my friend and I wanted to visit the French Alps to snowboard. It was originally going to be a holiday in Tignes, but our plans changed last minute. We contacted Simon because we knew he was running a chalet company in Peisey-Vallandry, and luckily he could fit us in!

It transpired that, after being suddenly let down, the chalet company were in need of chalet hosts - so my friend and I took the job on and finished the season.

After that first winter Simon and I to the west coast of France to teach surfing, and eventually became an advanced teacher.

And so it came about - I would spend my winters in the French Alps doing various jobs, and my summers on the west coast as a surf coach.

Once Simon and I became a couple, he took the same course. We both love the sea as much as we love the mountains.

I helped him pass his qualification to run a French business, and I now maintain the financial (and the French) side of the company.

I am so proud of Simon’s ambition and the fact he set up a company which is now the size of Mountain Rescue Transfers. I love supporting my husband.”

Ten years later Simon and Simone have three children and run both a summer and winter business that involves vehicles, transportation and rental.

Visit the ‘sister website’ for the minibus and campervan hire over on the west of France, Bonfire Vans.

With such a great team ‘Mountain Rescue Transfers’ continues to thrive year upon year.

Get a Quick Quote 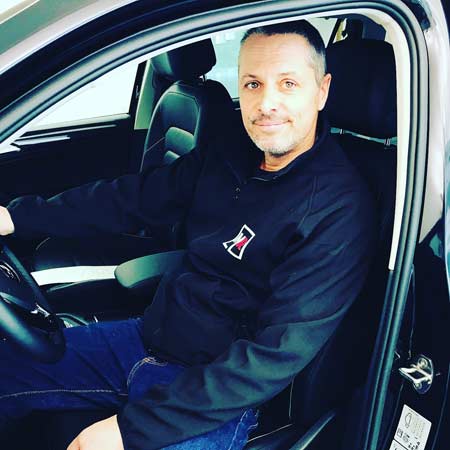 We are wholly dedicated to offering the best service possible when booking and travelling with us.

Trust is key to the relationship between us and our customers. We want you to feel confident that your journey will run smoothly and on time

We are a small business - we care about each and every client. We’re available for a chat and are always on hand, flexible to the last minute.

Our customers are always pleasantly surprised by our efficiency. Our tight-knit team put 110% into delivering the best possible customer experience.

Click to Start the Booking for your French Alps Transfer

Partnering with Glisshop. With one of the largest selections of ski gear in Europe and a super fast UK delivery service, its the place to get geared up for this winter.